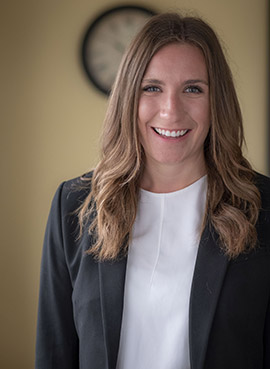 PROFILE:
Phaedra was born and raised in Kenora, Ontario. She graduated from St. Thomas Aquinas High School and moved to Ottawa and obtained her Bachelor of Social Science degree in Criminology and Psychology in 2016. While living in Ottawa, Phaedra worked for former Member of Parliament, Greg Rickford at Parliament Hill, peaking her interest in politics and the law.

Upon completing her degree, Phaedra moved back north to Thunder Bay, Ontario to attend Bora Laskin Faculty of Law at Lakehead University where she received her Juris Doctor in 2019.

While in law school Phaedra developed a profound interest in advocacy and was on the school’s winning trial advocacy Moot Team, where her team ranked first over all other law schools in Ontario at the Arnup Cup. Throughout her legal education, Phaedra was also the recipient of numerous academic awards, including top grades in evidence law, mining law, real estate law and wills and estates.

Phaedra spent each summer in law school working at Hook, Seller, & Lundin and also gained further practical experience by completing her placement component of Lakehead’s IPC program with HSL. Phaedra joined the firm as an associate after her Call to the Ontario Bar in September 2019, and practices primarily in criminal defense.